Teddy Bear Club
My kids and I spent happy hours together over the years enjoying The Teddy Bear Club. The actual Teddy Bear Club began in the early 1960s and the founders were the esteemed Yogi Bear and Doggie Diner.

Our motto is
OMNIA COEPI DOUBUS FRATRIBUS*
(It all began with two brothers.)

My daughter's dad and his brother were 8- and 6-years old when their mom got sick with breast cancer. Two years later, she died. The boys entertained their little sisters with their two stuffed animals Yogi Bear and Doggie Diner. This was their way of coping with their sadness. It helped the little ones too because they were really too young (3 and 1) to understand.

When our little ones came along, we entertained them for hours too. When our oldest daughter Kel was 10, my youngest, Joe, was born. Kel took over Teddy Bear Club. Her Teddy Bear, Bradley, was the self-declared bossy leader. He had been dropped from an airplane (true story -- her dad had a plane) lost an eye, had an eye patch, and was now a Buckler-of-Swashes Bear and therefore Bear Club President. And when Bradley was president, only bears were allowed.

When Kel went to college, she took Bradley with her. Joe was 8 and now our bear (Clark Kent Gable) was in charge. Clark was mine originally but became Joe's bear too when Joe's bear Hugs ran away to join the Bear Protection Spy Ring. (Got left accidentally on an airplane and was never found.) I supplied Clark's voice still.

Now Clark, like his hero Pooh, was a bear of very little brain and a very big heart. So Clark let anyone be in Bear Club, even if they weren't bears. Our Teddy Bear Club consisted of Clark the leader, Stego, a plastic stegosaurus, Yellow Horn, a green plastic triceratops with a yellow horn (“Yell” for short since he was a bit deaf), Lobito, a dog we got at Taco Bell, the top half of Queen Amidala (she adorned a big Taco Bell drink cup), Valentina, the southern belle, Valentine, her French suitor, and many others.

Now here it is 60 years later and I am having Teddy Bear Club with my granddaughters via Facetime. They live across an ocean but we can still enjoy each other's company. No one is exactly in charge and there are all sorts of folks in Bear Club these days. Why yesterday, I was introduced to Polly with wild red hair who had personally trained a Tyrannosaurus Rex! I met him too though he didn't yet speak anything but "ROAR" very well. Polly promised to teach Rex better manners in time for our next visit. 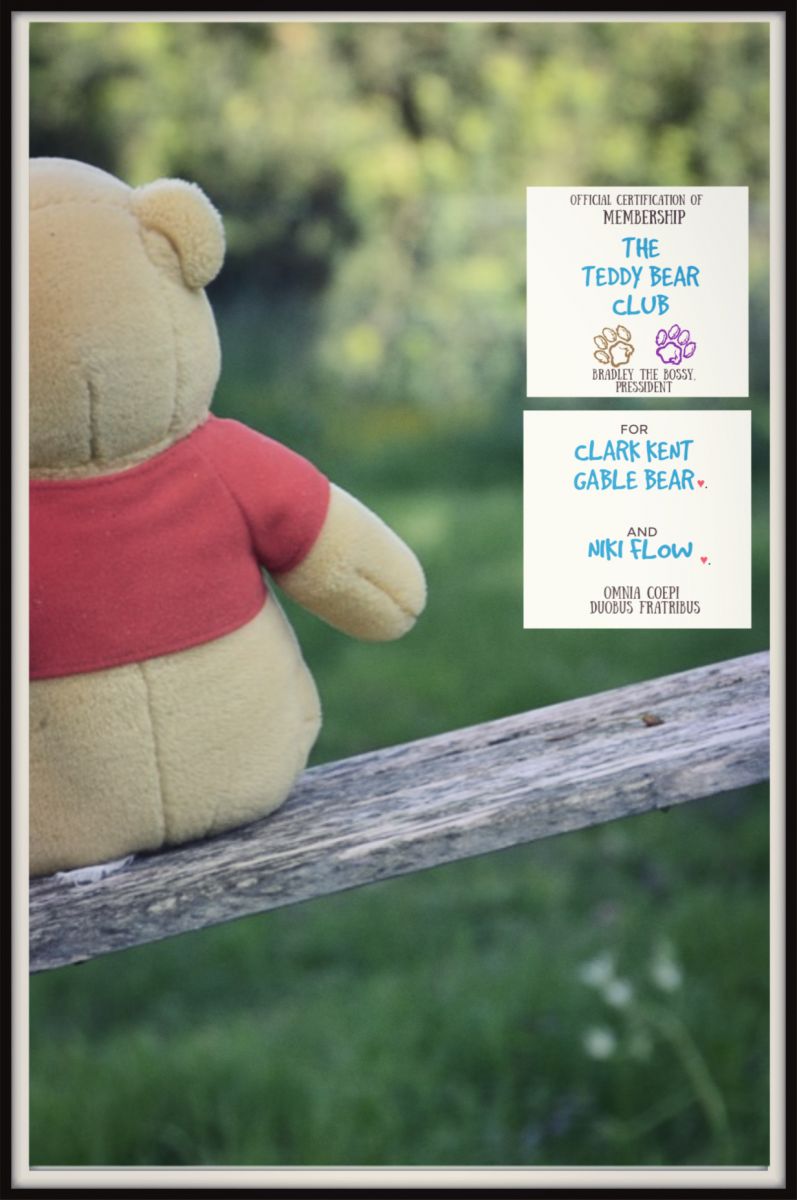