For Father's Day, my girls gave me a "Pops Basket" filled with popcorn, PopTarts, popcorn shrimp, soda pop, Pop Chips, etc... I loved it, but won't consume some of the stuff because I have to keep an eye on my "pop bod".

Today, I took the Tootsie Pops with me to get my booster shot. I asked the pharmacist when he finished if I get a lollipop. He said only for the next shot. So, I gave him one instead. You should have seen his face. Surprised, smiling and delighted.

It wasn't the candy, but it was knowing I had brought it for him.

When I was clear to leave, I headed to Vons for some avocados. When I was done being wrung up, I gave the person, who I see every week, another Tootsie Pop. Same response.

Something so simple, can brighten a moment in a person's day! 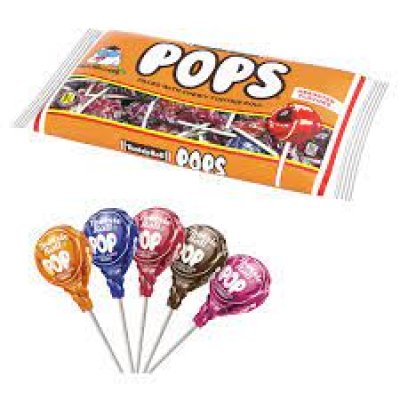