From Harp to Heart

--by SissyLee, posted Oct 21, 2019
Recently I had the energy, for the first time since my open-heart surgery, to take my harp to the hospice house and play for anyone wanting it.

I checked in with the nurses and they gave m 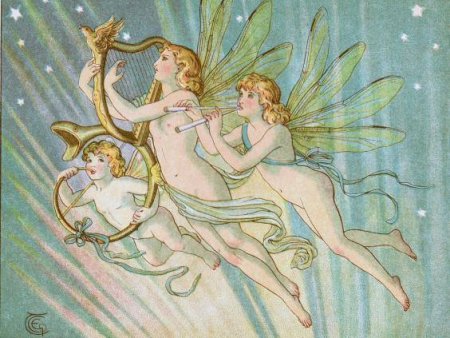 e a list of rooms. First I played to a sleeping man who would drift into and out of sleep. He smiled once, and several times, with his eyes closed, he reached out towards my harp. He was unresponsive to my voice, but he appreciated the harp.

The next room was another sleeper. I played some lullabies as she slept.

Two people said no thanks and then I found a lovely elder woman who was awake and alert. She had flowers everywhere and photos of her and her husband in his WW2 military uniform and her as a young bride.

She held my hand and talked for some time and was delighted to receive harp music. Playing for her was a special delight. She had questions about the harp and how long had I been playing, she wanted to know what did the harp weigh, how did I learn it, why did I want to learn it and so forth.

We talked about books for a bit as well. I played until her grandson came in -- he was visiting from overseas just to see her. This woman was deeply loved -- you could see that -- and for good reason. She was sensitive, graceful and kind. I learn so much from these beautiful people who are moving out of this life. It is always such a deep honor to play for them.

Christine88 wrote: How beautiful of you to do that
montseleon77 wrote: Ýou are an angel. Thank you for doing it and sharing it with us.
HappyMonkey wrote: This dug a hole in my heart. An emotional one, not a hurtful one.
DANCE wrote: Bless u, thank you for doing this. Always imagine myself with you
Mish wrote: You are an “Earth Angel”, dear Sissy. Blessed be. ❤️
petroskryf wrote: You did such a special thing to play your harp for these people. Thank you for your incredible kindness towards them.🎼🎼
patjos wrote: I'm always so pleased to hear of your gifts to the folk in the hospices. even the mention of your playing seems to be a balm to my own heart sometimes, as I imagine you gently playing. :) What a wonderful gift to give. Thank you so very much.
michelelpurce wrote: so many stories about angels assisting us and here is a story about you being the angel. :) thanks for all that you do. and prayers that your recovery from open heart goes quickly. :)
smilinghearts wrote: They must think you are an angel and you are deeply loved for being you ❣️👏