Walking Each Other Home

--by miatagano, posted Sep 5, 2020
Last night, my partner and I went to the levees where I am relearning how to run (he supports on his bike and I go as fast or as slow as my old legs want to take me, heart is strong so that helps :)) Ahead of us was a very tall man with a plastic bag who seemed to be unable to walk a straight line. John said "you keep running, I will check on him." I tried to continue on but then turned around only to find that the man had fallen and was lying on his back with John at his side. I watched quietly.

John was holding his hand. I saw the man's stomach go from quick breaths to one of ease. John told the man, "we are going to come back this way, if you are still here, we will check on you." The man said thank you that he was fine but he was going to stay down for a bit. He was on the ground at the bottom of the levee and off a walkway that backed up into other people's homes. We ran on for 10-15 minutes or so and turned around. Many people had passed us. I told John that the man will not be there when we came back because for sure someone else will help him also.

John rode ahead to see if he was still there. When I got to the spot, there was John and the man. John was leaving and told me," he said he is fine, let's go on." The man didn't look fine - he was stumbling around and disoriented. I said, "go ahead, I need a rest from running."

The man in the meantime tried to climb up the levee and fell again and as he sat there, I walked down. I said, "Hi, my name is Mia, what's your name?" He laughed and looked at me. I said light-heartedly, "I am relearning how to run, I didn't realize it was so difficult." He said, "Oh my son and I run too - yea it's not always easy." "How old is your son, I asked?"" Huh, "he laughed," well, he's 19 but not really." I said, "emotionally?" He nodded, kind of. There was a pain in his eyes.

I countered with wonder and enthusiasm and told him briefly about a friend who works with horses and youth with autism teaching each other; about dignity and about "always assuming intelligence." He said, "that is really beautiful."

It was starting to get dark, John made a gesture of it is time to go. Turns out the man's name was John also. :) I said "shall we walk together, John?" He said, okay. He didn't want me to grab his hand or arm to help him so I said," I'll just stand by you if that is okay."  " That's okay," he said. 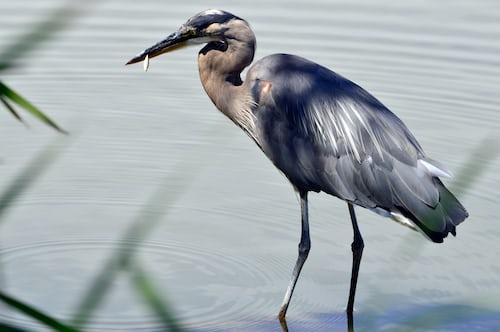 And he stumbled up the levee's side towards John who was ready if he allowed help that way and with me behind to block his fall if he fell backward. I looked over my shoulder and saw a woman watching out of her kitchen window. I wondered if she had seen him earlier. I wondered how many saw him and pretended not to see.

We walked down the levee together with John riding behind. I told him about the blessing of the blue heron who I had seen pass in the sky; he told me of his friend who had a blue heron sit on his porch. Through our walk he swerved from either side of the levee - I stayed calm and moved to either side casually trying not to look like I was blocking. John went to get him some water. He accepted a drink from the water bottle and then gave the bottle back before almost falling off the levee's side. Block with a smile, I thought.

I said to our new friend John, "do you know why we are concerned?" He quietly laughed said, "not really." "You seem just a little unstable and it's getting late. Will you let us take you home?" I asked a few times in various kind ways and each time he shook his head." At least let's walk together until we get to the sidewalk." "That's good," he said.

So we did and away from the water, with his long legs, he was off and practically running into the dark. We got in the car and saw that he had made the right turns and was on a way that was safer, with light and no cliffs.

We had to trust he would be okay and I said a little prayer to the universe.
1498 Reads

1sher wrote: Bless for realizing your aid was needed, and not forcing your way on someone else~ thank you
Rajni wrote: You did a wonderful job. You did not walk by side you walked in the heart of that fallen man.
Diane J Klish wrote: Thank you both for being his guardian angels. May god be with john and you both.
Meigs wrote: Kindness and patience when needed -along with trust. Thank-yu for the reminder
lindariebel wrote: You two are angels!
cabbage wrote: Thank you for walking him home as much as he would allow, and for being angels in his path :-) i trust the universe took him the rest of the way. Bless you all. :-)
michelelpurce wrote: what wonderfully kind people you 2 are. i am with you and can't imagine how many people walked by without even stopping. and we really need to share these good stories of people like you and your partner. it gives people faith that we are still out there. :)
Nugget wrote: Bless you for caring and acting!
DANCE wrote: How very kind of you, thank you for caring and taking the time!
mindyjourney wrote: Thank you for taking the time to find out what was needed and follow your 💕. We are indeed all walking each other hOMe...and it matters grately how mindfully and kindfully we step 😊.
Pages