My Conversation With a Homeless Person

--by balou, posted Jul 19, 2021
There is an older homeless (or at least very poor) woman who sometimes is sitting near where I am living, begging for money. Unfortunately, the 'inner city places' are often being 'strongly requested' by younger men and women who take over the space.

Whenever I see her, I make sure to give her something, and if I am out of money at least talk to her for a few seconds. When younger people are around, I often make sure to drop a few coins into her cup while passing her a note without anybody seeing it in hopes that they will leave her alone.

Today she surprised me. I was passing her again, giving her some money, and asked her how she was. She surprised me by saying that she wanted to thank me. Not for the money. Well, for that too, but for always taking the time to talk to her. 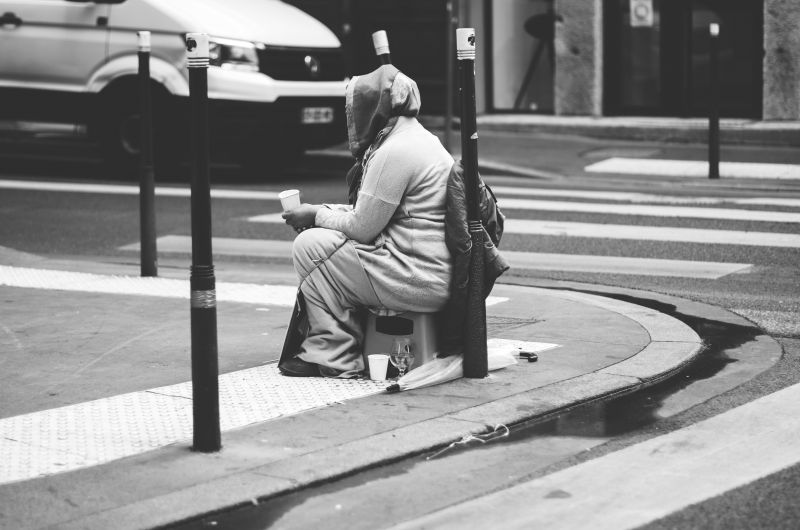 She mentioned how hard it is for her to have so little money that she has to beg. She often feels ashamed, but that she now has prepared for several days (!) to talk to me, and to thank me for treating her like a human being. People walking by, sometimes dropping some money, but rarely making eye contact or talking to her make her feel even more transparent, ashamed, almost non-human. She said she was looking forward to me walking by because she knew I would look at her and see a person. On hearing all this, I had tears in my eyes, still do, when thinking of this.

I still don't know why she is on the street, maybe one day she will open up, but I will not ask her right away. But I will be even more on the lookout for her, making sure to talk to her as often as possible!
1660 Reads

Maria Clara Gomes Lopes wrote: What you did was beautiful, we all need to feel important â¤
Maria Clara Gomes Lopes wrote: What you did was beautiful, we all need to feel important
bob weisel wrote: I enjoyed reading your story about the elderly woman who was so appreciative of your simply talking to her. We often forget that homeless people are just that, people. All people need to know that somebody cares about them. You did a very good deed for stopping talking to talk to her and it was returned to you in the knowledge that you helped another person that others had just ignored.
Rose Tarquinio wrote: Every person is a child of god. You were truly looking into the eyes of jesus! God bless you both
DANCE wrote: Touching indeed, belss you
pluto178 wrote: My first thought as I read this was talking to her is your greatest giftâ€¦â€¦.thank you for that x
Lt33 wrote: I've done this before too couple years ago i sat and talked to a homeless guy and his dog he told me he had an interview tomorrow and that he had someone offer him a place for a couple days he was all excited to start fresh again ðŸ˜€ I wished him good luck and shock his hand
1sher wrote: thank you for your love~
mindyjourney wrote: What a beautiful connect and share, my friend. That is so essential - to see, really see someone, and not pretend they are invisible ðŸ’•.
gardengal10 wrote: You recognized her humanity. You chose to speak with her and not pass her by. She appreciated the care and the connection. .
Pages