Sandcastles At The Beach

--by bluebuddha, posted Oct 25, 2021
I went to the beach nearby for some quality time with myself. After a rough week, all I wanted was a book, some solitude, and a good snack. It was a lovely, reflective time watching families come and go for a last warm weekend here in California. Kids joyfully playing in the water, paddle boating, building sandcastles and sharing meals with their families.

After a few hours, I decided to walk along the waves to get to my car on the other side as I was leaving. As I was near the end and about to head off the beach, I noticed a girl playing by herself, maybe around 8 or 9. It looks like she built a little sandcastle with a moat around it and was now trying to fill the canal with water.

Unfortunately, there was no container around to carry water or the usual sand toys. She was playing alone, unlike most of the other kids. She would go to the waves, cup her hands and then walk back to her little castle. Sadly not much of the water was making it to the moat. But she kept trying and was still smiling and hopeful. I so wished I could help her out, but I didn't have a container with me. 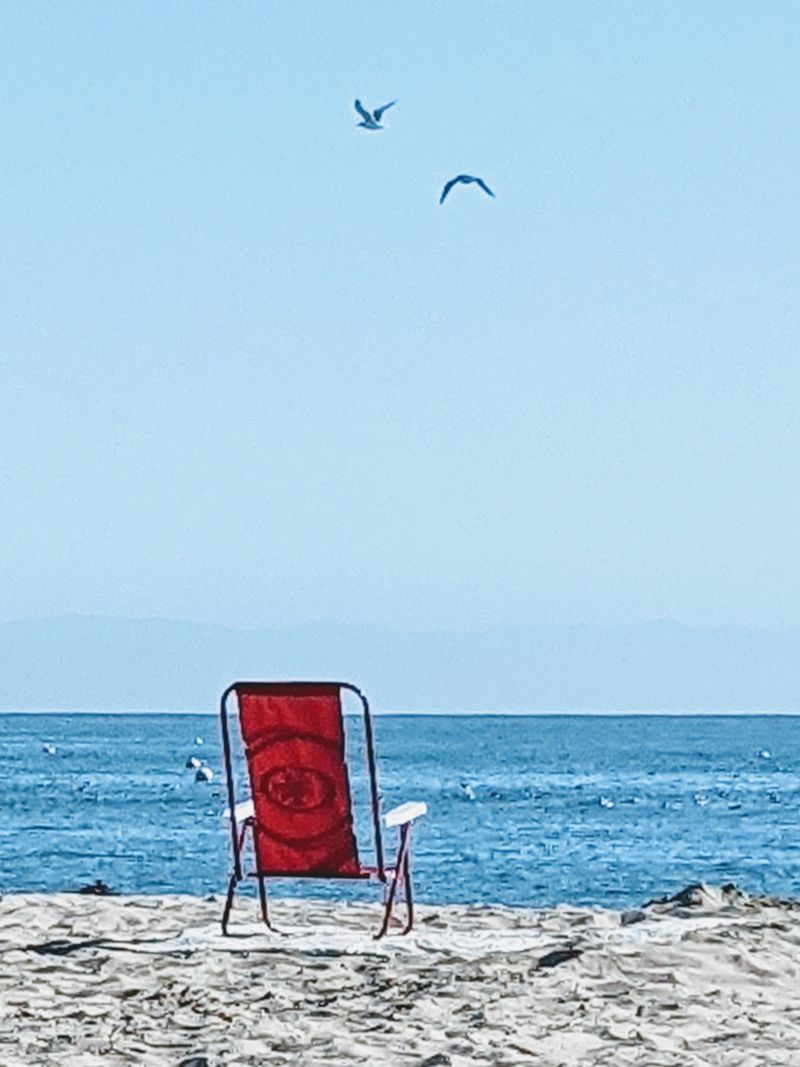 As I was standing there watching her, feeling helpless, I had an aha moment. I realized that I had a bottle of water in my tote bag that I had completely forgotten about. I quickly dug in, took it out, and walked over to hand it to her.

Confused at first, she smiled but shook her head shyly, saying no. I reassured her that it would make getting the water much faster, and that's what I would do. She smiled widely and finally took it from my hands after I insisted. Not wanting her to feel self-conscious, I walked off the beach right away.

Glancing back just once to see her running over to the sea with a big smile, equipped with a bottle in hand.

In the larger scheme of things, it was a tiny gesture. And kids being kids, she would've been happy either way. But in my heart, I also know that when she notices that someone needs help in her life, maybe, just maybe, she would recall this little random act of kindness by a stranger. And maybe that would make her more likely to jump in and help create a little gentler world around her.
1507 Reads

Mish wrote: I love this!!! ðŸ’•ðŸ’•ðŸ’•
mindyjourney wrote: Being in the moment, we are given the tools of kindness :)))). Thank you for doing and sharing with us ðŸ˜Š ðŸŒŠ
Balou wrote: What a beautiful story! Yes, the smiles of children, their uninhibited response is so rewarding! And I am sure she'll reciprocrate and pass the kindness she received on in her life.
Helenconnell2 wrote: Such a beautiful thing to do!
Margazhi wrote: We never know what she was going through too. Thank you for making it easier for her ..
drjoybug wrote: Such a kind thing to do ðŸ™‚
pluto178 wrote: Lovely x
Rajni wrote: When there is a will, there is a way. Your heart wanted to give container to that girl, you found a water bottle with you. I take same lesson from the girl too. Her heart was thinking positively getting container to hold water, she got both.
michelelpurce wrote: such a kindness filled day. it sounds like you got what you wanted and then the observance of the little girl and what you could do for her. I am sure that is in her memory bank. :) thanks
bluebuddha wrote: Thank you, dear ones, for your sweet comments. It was truly a delightful day and a beautiful interaction with the little one. â¤ï¸
Pages