My Connection and Love to Portland, Oregon 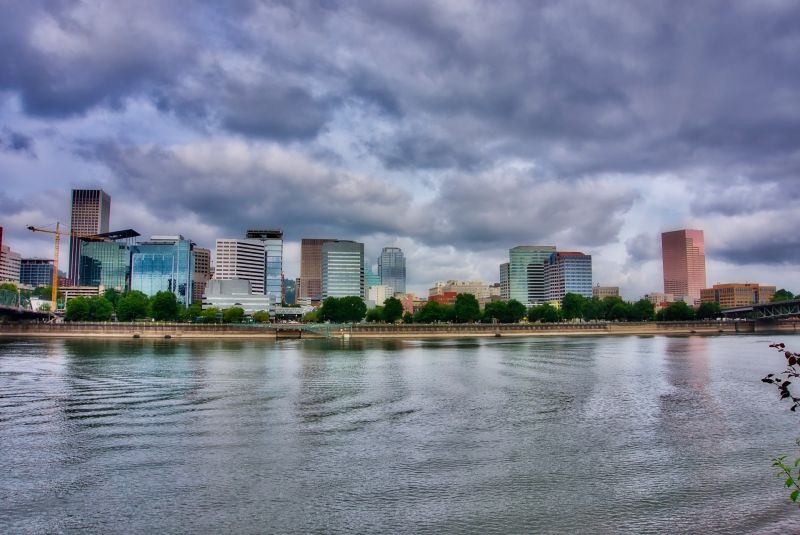 There's a homeless young man in Portland named Oscar who I got to know over the past couple of years through his Twitter posts. I wrote to him last spring to see if there was anything we could do to help. He has an autoimmune disease and lost his job during COVID and then his home.

It took months but he finally responded to my messages. He said in the heatwave of last summer he could use a fan spritzer. It sprays water as it fans. So we sent him one of those. Later he said he was sleeping on concrete and he mentioned a ground mattress. So the next month we got him that. He later mentioned how wet it is in Portland so I found him a pair of waterproof pants. He said he felt like it was Christmas all summer.

Lately, he's been helping a friend who is in a wheelchair and is also homeless. He asked if we could get a poncho for his friend that would also cover the wheelchair and we're shipping that out today.

I wish I could do more. My heart breaks for him. I told him how my son Ben was missing and how he used to use the name Oscar as a handle sometimes in a game.

"I know. But I hope wherever my Ben is, if he is homeless too, someone is helping him."

The other day I got a note from Oscar.

"I was lying on my mattress, which is like a bed. With my sleeping bag over my head watching a video it felt homey. I just wanted to thank you and your husband for all your help."

Both the homeless artists that we featured on under1000skies over the years found homes. One of those, John Olander, is doing amazing things right now. . Over the past two years, I've been giving JohnnyO about an hour a week to write his biography (30 minutes interview, 30+ minutes transcribing). I hope my new friend will find a home too. Until he does, we'll do whatever we can to help him.

cheeka wrote: What a great act of kindness! And how you found this person through twitter. Thanks for sharing.
lindariebel wrote: Befriending is even more precious than giving!
Butterkind wrote: Great attitude to life and you put it very beautifully in practice. Love n blessings to you
Mish wrote: Wow, Dotâ€¦.so kind!!! Bless all of you. ðŸ™â¤ï¸ðŸ™
gardengal10 wrote: Oh, Dot. Such beautiful, helpful kindnesses.
Margazhi wrote: Thank you for sharing your purpose helping these people waiting to be discovered.
Helenconnell2 wrote: What a truly wonderful story!
pluto178 wrote: I wonder why people want to be adamant is saying but I am not whoeverâ€¦â€¦â€¦..thats not the point of the exerciseâ€¦â€¦.you cannot help Ben but you can help someone else and hope and pray someone is doing that for Ben tooâ€¦â€¦â€¦â€¦.who you are to him or him to you doesnâ€™t matter just keep on doing what you do because you truly are an amazing person one in a million x
Rajni wrote: Your attitude of helping others is what we all need to imitate. Thanks for very inspiring post.
mindyjourney wrote: A beautiful giving heart, dear dot, that only gets stronger in the desire to be of help. Thank you â¤ï¸.
Pages