Planting Kindness for the Future

--by patjos, posted May 15, 2022
I took my spade and trowel to the wee community woodland yesterday.  I'd had my eye on some Hawthorn saplings which were growing there.  I'd spotted them last week when I noticed that they'd taken root too close to the path and wouldn't survive long there.
I was pleased to find another one growing right up against the trunk of a Birch, so I looked for more that had rooted in this way and eventually came away with around two dozen baby Hawthorn, four young Yew and four slightly larger Beech.  The Beech would eventually have grown large and smothered everything else underneath, so I was rather pleased to get these out early.
The woodland mostly consists of Birch, Sloe, Wild Rose, Bramble, Hazel and other native large shrubs. This morning I took a walk along my usual route outside the village and managed to plant and water in 11 of the Hawthorns and two of the Yews.
Further along, I eyed up gaps in the hedge row for the next 11 Hawthorns. I think I have spaces for the other two Yews and the largest of the Beech.
Once I've got these in the ground, I'll have finished this 1/2 mile stretch of roadside verge. The gaps of the older hedgerows have been filled with the above plus the Elder, Willow and ox-eye daisies that I mentioned last time round.
I finished the walk by gathering up two small bags worth of litter which was good sign that most of the older litter has now been found and taken away too.


The north road from the village is healthier now. The next stop is west to Kinross!
The photo shows the start of the route from the main road just outside the village. I'm hoping to see lots growing there next year and for many years to come. 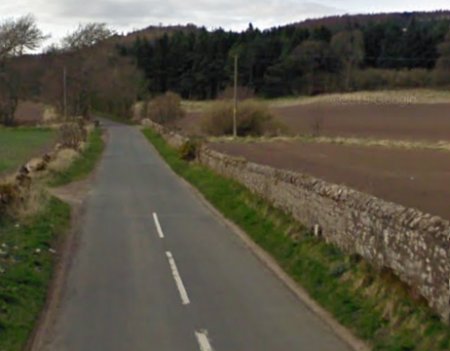 JustRose wrote: This reminded me of the once studied hawthorn effect. May we all pay more attention to mother earth, and see past the difficulties created by unnatural humans.

Mish wrote: Simply Wow, patjos!!! You ar3 a wonderful caretaker. Bless.
Helenconnell2 wrote: You look after our world so well.
Rajni wrote: May God continue to bless you for taking care of mother earth.
pluto178 wrote: I often think someone should be refilling hawthorn hedges and the gaps so often created by a vicious hedge trimmerâ€¦..you are inspiring well done x
gardengal10 wrote: Great environmental giving.
dotmatrix wrote: Can you take us on a nature walk and point out the plants you know? A KindSpring expeditition. Perhaps via zoom? =) This is aweseome. Wow.
â™¥.
TC wrote: Well done. You are a steward of the earth, seeing what is need with and acting on it with tender loving care. Thank you.
mindyjourney wrote: Thank you for caring for our Mother so mindfully :)
Balou wrote: Oh, i am already looking forward to the before and after pictures, please do take some pics to compare to next year!