Today, I was at an ATM that is situated inside a petrol bunk.  The security guard (who was a 72 year-old man) gently reminded me that I cannot use my cell phone inside the ATM.  When I came outside, I had a desire to talk with him. At first, I felt a little sympathetic.  In my initial impression, he seemed like a poor, elderly retired man who was still working at this ATM.  I ended up listening to him.   He spoke to me about his family, and particularly about his son and daughter. He told me that his daughter always cares for him, even though she is married herself. Then he described his son, who "has a heart of stone".  He advised me me to save money for my old age (not that I am all that young :)), and I told him that I give away everything, trusting in the bounty ... Read Full Story >>

Two In A Taxi For Four The "share-taxi" normally wouldn't have left until it had four paying passengers in it. The only other passenger was a lady who seemed to be in quite a hurry, so I agreed to pay the remaining fares and got in.

Her mother had suffered a heart attack and this lady was going to collect her and take her to hospital. She started chatting, telling me how her two elder sisters do not care for her mother. She does all she can for her mother while having a husband and two children to look after.

She had just pawned her jewels in order to raise money in a hurry.

She was glad to have someone to talk to until we reached her destination. I wished her well and said a silent prayer.

I was having something to eat at the central railway station in Chennai when I noticed an old man entering the canteen. He asked the man behind the counter for some food but, as he obviously couldn't pay, none was forthcoming.

So, I indicated to the canteen worker to serve some rice and paid for it without the old man noticing.

The old man had the food and left. And I was left with a warm feeling of love and compasion.

"It is in giving that one receives." Thank you Saint Francis of Assisi!

Sometime back, I was at a meeting at my church, and I was not particularly in a good mood. I was neither happy nor unhappy, and in a very indifferent frame of mind. Deep down I was restless.

Then I overheard someone talking about me to another person. It went something like, "He is a great guy and very often misunderstood..."
That was all I needed. That comment lifted my spirit, and suddenly brightened my day. It was like finding the rainbow in a very unexpected way.

They're just little things--small compliments or kind words of encouragement. But they can completely change our world.

This past Sunday, I was in a generous mood. I am not always like that, but it started when I went to the roadside shoe repairer. I asked him to polish my shoes, and he told me it would cost twenty rupees. When he finished polishing, I was moved to offer him 30 rupees. That's when he caught me off guard. Smilingly, he accepted only twenty rupees and lightly told me that he was content. He would not take anything extra. I was pleasantly surprised by his attitude, and also learned such a big lesson. In a world where most people try to grab as much as they can, his simplicity came across like a breath of fresh air. With the 10 rupees that the shoe polisher refused, I went and bought roses from the roadside flower seller. She happened to be a old lady. (If you are familiar with India, you will often ... Read Full Story >>

A Double Act of Kindness

I had the opportunity to help two people today.

A young lady had parked her car in a no parking zone near the Anna Nagar roundabout in Chennai, India.  She was upset and was anxiously asking people what to do because the wheel of her car had been locked with a special lock so that she could not drive it.

She would have to pay a fine to get the lock removed but she seemed to be very scared of dealing with the police.  I accompanied her to a police van parked a little way away and dealt with the police officer on her behalf.  I paid the fine of Rs.150 on her behalf and she reimbursed me later.  She was so relieved to be able to drive her car off again and thanked me several times.

Later during the day, I came across a young poor couple who were trying to deposit a check at the bank where I have an account.  They had been given a check for Rs. 6,000 by the government which is given to new mothers.  They appeared confused and were unable to fill out the forms.  I helped them with that I hope I eased some of their confusion.

I helped a young man at the post office who is working in our city. He had just received his salary and was was trying to send money to two different people.

He did not know how to fill in the relevant form for sending money to those two villages. So, he dictated the addresses and I filled in the forms for him. He was very thankful.
Young men like him work in shopping malls in our big cities where they are treated slightly better than slaves. Mostly they support families living in smaller towns and villages. I was glad to be able to help him.
May God bless all those young men and women who work in cities, eking out a living to support others. May God bless the families who rely on such young shoulders!
1431 Reads

I gave some money to the old man who sells posters on a footpath I use.

His must be a hard and lonely life. I do not know much about his background. All I know is that but for my education and my parents I could have been in his position.
Such people are not bitter but resigned to their fate and there is no real support for them from the state. Yet, I often see so much goodness in them.
They are part of this city and of something larger called humanity. They too must live and they too must be supported and that must be God's will.
I bless that silent majority! I am sure such people exist everywhere. Please, be kind to them!
1379 Reads

I am helping a doctor to make an addition to a hospital . The hospital needs to provide an emergency exit in the form of a ramp for the hospital building which has four floors. I am helping the hospital owners to build this ramp made up of steel sections. We hope to complete this work soon, so the patients will receive the benefit. It is all about people.   ... Read Full Story >>

The Power Of A Friendly Chat

Last week I met up with a friend whose mother had died.

We had a chat and I shared few jokes and we had a good laugh. Just a chat very informal. Laughter is not such a bad medicine. We ended up making each other happy.

No agenda. Only the sheer joy of living!

My cousin, who is disabled, was going to be alone last night because all of his brothers and their families had gone to attend a family reunion hosted by a relative visiting from Switzerland. So, I went to stay with him in the evening.

His family returned late at night, and I had to spend the night and leave early in the morning at 4:30 AM to get back to my own family. It was the least I could do to give a little bit of my time!

This morning I received a wonderful surprise. As I was walking down my street, an elderly neighbor recognized me as the person who cleans our street and vacant plots used as dumping grounds. He appreciated my work and also handed me some money. His gesture made my day and it was an heartwarming act. It meant so much to me and he filled my heart with joy. I love such tiny meetings.

Have a pleasant week ahead of you. Be kind to yourself. Please walk a few blocks, look at the blue sky, and say a blessing for the person who cleans your street.

My Street Is Your Street 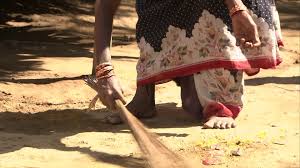 I am determined to clean up my street and also some empty plots in my street of things thrown on them. Sometimes people wonder why I do. In India people do not think twice before dumping things on vacant plots. Please say a prayer for me and the residents of my street. Hope to share about many things including this one.

As I was returning home after attending a wedding reception,an opportunity came my way to help a blind couple.  I helped them cross the busy road and guid 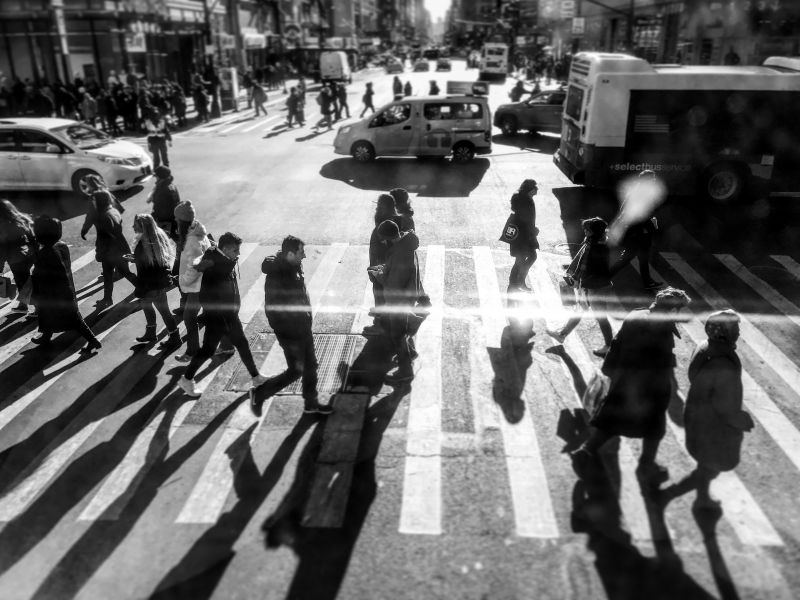 ed them to a cafe where they were given some takeaway food.

The cafe owner did not charge them. It was tough crossing the road with all the chaos of an Indian city. The whole experience made me realize how fortunate I had been. 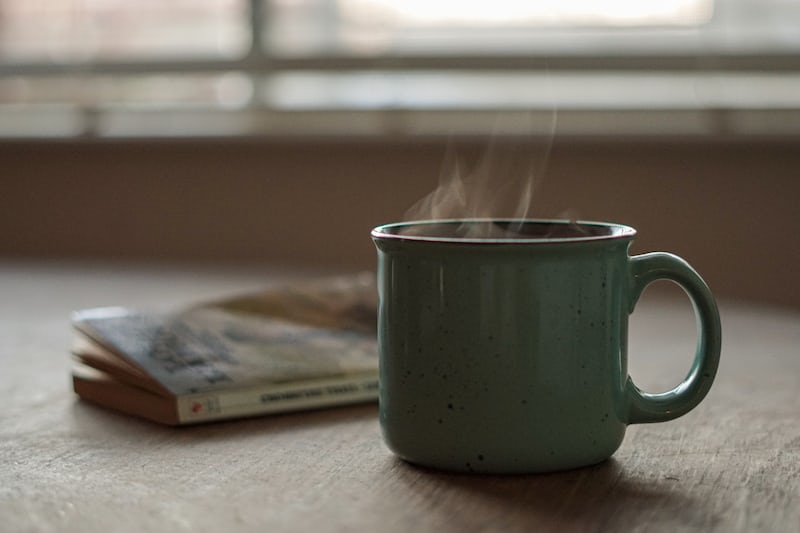 We have a neighbourhood tea shop and very often I go there to a have cup of tea and sit inside and spend some time reading books.

The shop owner is always happy to welcome me and his warm welcome makes my day. These are the people I live for. They are simply happy to see you. Life is in the small things.

Have a good day!

Helping Someone Who Helps Others

To try to offer support, I helped apply for an Aadhaar card for a school teacher who was about to have surgery. The Aadhaar card is kind of like Social Security in the USA.

The day before her op 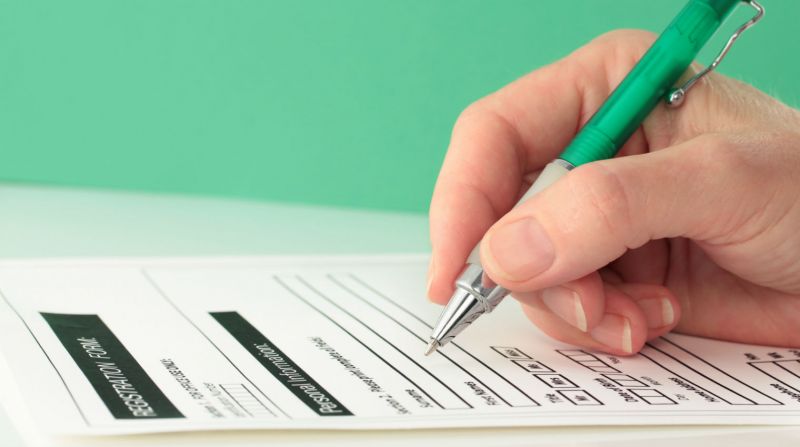 eration we were able to take her pictures and personal details needed to claim the insurance for her surgery. Although she did not have many of the documents necessary for obtaining the card, we somehow managed to complete the form with the help of the school where she works as proof of identity and address.

I'm excited to share the happy news that she just received the approval information online. And my efforts to help her were not in vain. Thank goodness she got it.

Finally, things are falling in place for her, and the Gods are smiling.


'heartofflesh' Also Commented on These Stories

Half A World Away

When Kindness Rolls Down Windows

When Kindness Rolls Down Windows