--by drjoybug, posted Feb 13, 2020
I see that the opportunity for random acts of kindness is all around us. Here are a few simple acts that I did as I went by my day.
I let the hurtful words of another person roll off me without reacting to it, and thus avoided an argument. I remained at peace.
I caught up with two old friends via text and phone and had some light moments of laughter.
I chatted with the pharmacist about possible side effects of a new medicine and thanked him for his time.
I made an origami peace dove from the last cale 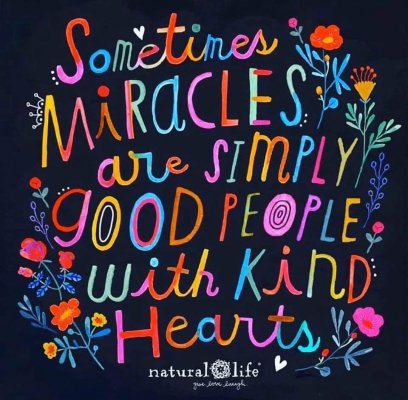 ndar page of the YMCA and gave it to the receptionist.
I allowed some kind people to hold the door open for me.
I thanked my nail technician for doing such a a great job and also gave her a bit extra on her tip.
I drove politely and responsibly and let a few cars go ahead of me, as I waited patiently.
Performing these simple kind acts, can set an example to others and it could lead to a kinder society.

I thank you all for listening to my slice of life.

Mary wrote: Bless you for your ability to be aware in the moment and recognize the opportunity for simple, every day acts of kindness. You make the world a kinder place.
Mish wrote: Thanks for adding kindness to our world, Joy. â¤ï¸
dotmatrix wrote: Lots of kindness! â™¥.
mindyjourney wrote: So many possibilities for kindness, and you took advantage of them all :))). Thank you! Does the Y need another page a day calendar? ðŸ•Š