Last Sunday, I was standing still and watching traffic, so I could cross the road. Traffic was coming from right side. When I saw it was safer, I moved just a step forward.

All of a sudden a scooter driver came from the wrong (left) side. He slightly brushed me on my right leg. Thank God, he came from the left side (wrong side, so he has to drive against oncoming traffic which is why he was driving slowly).

I had open bleeding wounds. The driver drove me to a nearby drug store to buy cotton bandage and alcohol wipes.

Driver tried to pay for my purchase, but I did not let him. Letting him pay may create inferiority complex in him and also make him feel guilty as well. I gave some quote cards to the driver and told him not to worry. I also gave quote cards to the shopper.

Nothing in this world happens without a reason. Whatever happens to us is the effect of our past karma of this life or past lives. I will treat this accident as a warning and be more careful when going out.

I visited doctor who applied Microbicidal ointment and secured it with bandage. He also gave me medicine and an inject 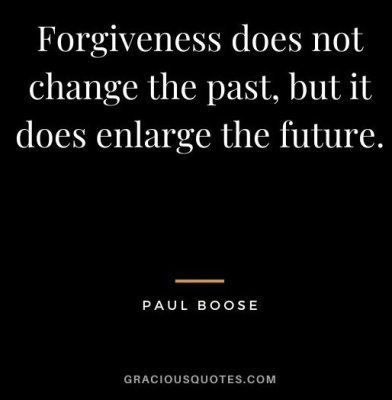 ion. Even when the scooter hit me, I was thinking it will not be a big issue and doctor confirmed it. Positivity found its way.

I thank Sai Baba for helping me to stay calm and forgive the driver.

I also thank KS friend who helped me put this post in perspective,

petroskryf wrote: Very grateful you are well after all this, Rajni. May you leg heal soon, you are a true inspiration and ambassador for forgiveness.
drjoybug wrote: Bless you Rajni. I pray all goes well with your leg.🙏
gardengal10 wrote: I am so happy to hear that your injury was not as serious as it could have been. May you heal swiftly.
Helenconnell2 wrote: Thank you so much for sharing about your experience and how you forgave the driver too!
dotmatrix wrote: ♡.
mindyjourney wrote: Dear brother Rajni, grateful you weren’t injured worse! Thank you for your forgiveness of driver.
cheeka wrote: Grateful that your injury was not worse than it was! Your post is a great lesson on how to stay calm when you are hurt and also how to forgive others. Thanks for sharing the story.