A Name I Won't Forget

Tuesday night, at confession, Father gave me the usual penance: prayers. Then he hesitated and said, "I'm going to give you a second penance, a fun one, 'cause I know I can do this with you. You are to do an anonymous act of kindness for someone. It doesn't matter who it is, as long as they don't know about it." I decided to give a thank you card and a chocolate bunny to the cleaning woman at work. She's such a cheerful person and she does such a terrific job. The only problem was I didn't know her name! I asked my co-workers. None of them knew. I emailed my boss (I knew she would know), and as I was doing that, one of my co-workers started instant messaging everyone in the plant for her name. No one knew. It was pretty embarrassing for all of us! Finally, my coworker got a response from ... Read Full Story >>

The man who is going to fix our roof has to be the most honest business person my husband and I have ever met.

My husband knew the back roof over the porch was fine and wanted to see what this roofer said when he gave his estimate. He told my husband that that back roof was just fine and then gave the estimate for the rest of the roof: $2,400.

He called last night to tell us he can do the roof on Monday but told us he had measured the roof incorrectly by forgetting to add on the front part of the roof. But instead of giving us a new estimate (which would be higher) he told us he was going to do the roof for what he quoted us.

My husband asked him what would the correct estimate have been. He said $3,000. Well, that's what I had thought it would be so that's what I set aside. My husband was simply amazed at this roofer.

The roofer doesn't know it yet but he'll be getting the $3,000. He's honest and is planning on taking the hit on the mistake. My boss has been kind to me when I've made mistakes in the past and now I get a chance to pass that on.

Two weeks ago, my daughter came to me a bit frantic. One of her school friends, nine months pregnant and about to give birth any day, was kicked out of her house because her mother wouldn't leave her husband (the girl's stepdad) who was hitting the girl. She fled to the home of her boyfriend's parents. They, however, were packing up to move to a larger house. Being in transition themselves, her boyfriend's family couldn't host her at that time, and she was at a loss for where to go. So, two weeks ago, my daughter came to me asking if her friend can come live with us until the boyfriend's family finished moving. Well, here's a girl in trouble. I talked it over with my husband, who gave his ok. So we got things ready for her. She must have told her mom what was going on, though, because before she had a chance to move ... Read Full Story >>

Courtesy In The Traffic Craziness

The school bus was in the wrong lane at the busiest time of day. The driver needed to get into my lane so she could get off at the right ramp.

I was glad I was in front of the bus waiting for the light and could let the her in. That section of the highway is three-lane craziness with cars darting left and right and nobody seems to want to be courteous.

I'm glad I could do something about that!

Today I drove my daughter's pregnant friend to the hospital as she was worried about some pain she was experiencing. I made sure she was being taken care of, then I drove an amusement park where I was due to collect my daughter. The wait was longer than expected as she was having so much fun she lost track of the time.

When we got home I was looking forward to going to bed as it was after 10pm. But then my daughter's friend called again. She said the doctors had answered all her questions and made sure everything was okay - but she had no way of getting home!

So I went out again, picked her up, and dropped her off at her home.

I was exhausted when I finally got home but I felt good, knowing I had done the right thing.

I took my daughter's pregnant friend who's having a lot of trouble with her blood pressure, blood sugar, water retention, and so on, to the emergency room last night. She has been admitted again.

I wish they would just let her stay. She's in her seventh month.She has no car and doesn't know anyone (except us) who has a car. She takes the bus to the hospital whenever she can, but that's not the best way if you are in a hurry.

At least she's in good spirits and she knows she can call us.

I also ran and got my daughter supper while she stayed with her friend. And, later, my husband went to pick my daughter up once her friend had been admitted.

This is an ongoing and a weird kind of kindness. But a necessary one.

My parents are too elderly to remain in their house. My sister and I must first get through all their stuff (and they are pack rats). They will be moving in with my sister. 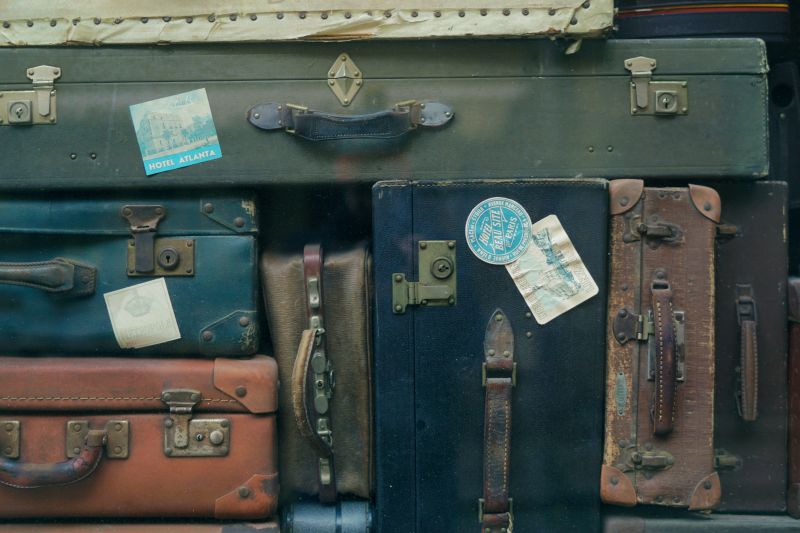 They have been in their house for all their married life, so I understand the push back our mom is giving us...but it doesn't make it easy.
I must be both patient, yet firm. And getting pack rats to let go of any of their stuff is hard, but must be done.

This will take us months, and I suspect my mom will get worse as things get done. I keep reminding myself that now I have an opportunity to do for my parents what they did for me as a kid.


'Dobby' Also Commented on These Stories

Turning a Thanksgiving Deal Into a Gift for Two Familiies

Voicing gratitude to a stranger